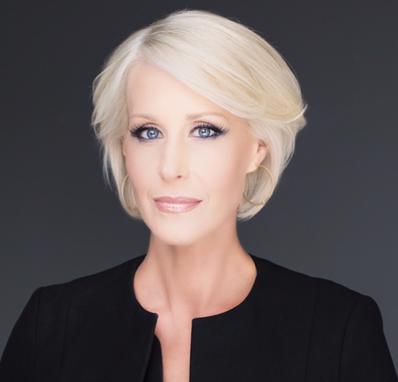 It's finally here for pre orders!

It's time for the truth!

This book has been in the works for almost three years.

It is an extremely hard story.

It is MY story.

I am calling out injustice and evil!

​I am so grateful for everyone who has never wavered

in their love and support.

The revelatory memoir by former “poster girl for Scientology” Michelle LeClair about her defection from the Church, her newly accepted sexual identity, and the lengths to which Scientology went to silence it.

For years, Michelle LeClair, former President of Scientology’s international humanitarian organization, tried to reconcile her same-sex attraction with the anti-gay ideology of the church. Michelle finally ends her horrific marriage, finds the love of her life, a woman, and ultimately leaves the Church. But the split comes at a terrible price. Her once pristine reputation is publicly dragged through the mud, the police raid her home, her ex-husband tries to gain full custody of their children, and the multi-million dollar business she built from scratch is utterly destroyed.

In this tell-all memoir, Michelle offers an insider’s perspective on Scientology’s pervasive influence, secret rituals, and ruthless practices for keeping members in line. It’s a story of self-acceptance, of finding the strength and courage to stand up for your emotional freedom,

and of love prevailing.

I, Michelle Seward, am exercising my freedom of speech!

I am taking over this website and updating you all on the truth.

As of 5/23/2017, all charges were dismissed against me in the interest justice! My innocence and truth prevailed!

Dror Soref's charges were dismissed ONLY on a technicality of Statute of Limitations. The DA's office filed the charges too late.

Soref has now decided to sue the state for false imprisonment. I would be very surprised if this case moves forward.

The DA arrested someone that they had evidence that he committed a crime.

​Through discovery, we learned that Soref had two sets of financial books. We learned that Soref took my clients' and my families' investment dollars and made multiple transfers that he listed as film investments, but once they were tracked down, those dollars went into his personal accounts.

Soref claims that he never met with clients, yet there is client testimony that

#BA439544 CASE DISMISSED IN THE INTEREST OF JUSTICE!

"The secret of happiness is FREEDOM.

The secret of FREEDOM is COURAGE!"

Unlike Soref, Seward has never walked away and has never stopped trying to help her clients, friends and family and also repair her own reputation and career.

​There is MUCH more to this story that eventually will make its way out, but it needs to be known that Seward will work non stop to help her clients, friends and family and she will NEVER associate herself with the Church of Scientology or its members again.